Greg Gutfeld: Warrior of the Week

-cross posted on Unsheathed and The Activity Pit

When Jedediah Bila of Human Events started handing out awards for media insanity of the week, the big winner was Ben Adler, who this blogger took to task earlier this week. Then I got to thinking that maybe I should hand out an award, too. I was holding a high level political strategy meeting with my advisors Jim Beam, Buddy Weiser and a guy named Billy who lives across the street from me when Greg Gutfeld came on Sean Hannity's Great American Panel and said that Sarah Palin exposes idiots just by being herself. We all cheered, Beam and Weiser cheering a little more loudly than the neighbors may have wanted them to. Queue the video and have the presenter walk on stage. This week's Warrior of the Week award goes to Greg Gutfeld.

This was a crazy week for unhinged liberals who had the wheels come off of everything they tried. After unsuccessfully spinning Sarah Palin's Xena-like courageous foray into the lion's den of detraction, hair-torn and frustrated liberals used their rhetorical swords to figuratively kill her in a plane crash. The liberals' heart of darkness, a tell-tale heart, was exposed once again like the Queen of Outer Space's face after her mask was ripped off  to reveal the horrible radiation burns that must have been caused by the vitriolic way in which the liberal media handle their inability to advance their morally and intellectually bankrupt ideology in a civil, intellectually honest or ethical way.

Greg Gutfeld, host of Fox News' Red Eye, began his triumphant week (if by triumphant you mean not serving alcohol so as not to offend Muslims who may patronize a gay bar you want to build for them) with a Gregalogue about opening the gay bar next to the mosque near Ground Zero. Turning the Alinsky tactics on the left, Gutfeld went on Glenn Beck to further explain.

The clanging of rhetorical swords you currently hear is a Twitter battle between Gutfeld and Park 51, the developers for the mosque.

Welcome to Gutfeld's brilliant world of the written and spoken word. It's like getting hit in the head by a two by four in such a way that you can't stop laughing. Gutfeld penned this brilliant piece on Big Journalism where he beats Ben Adler like a pitbull at Michael Vick's house, then followed it up with his Monica Crowley "Sarah Palin is an existential threat to liberalism" moment on Hannity. For liberals, it's like drinking a screwdriver, only without the orange juice. 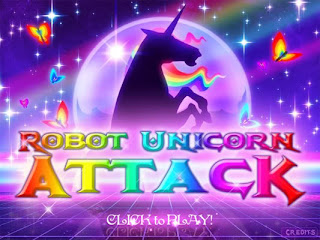 At a time when the right needs to infiltrate the pop culture and find it's intellectually superior version of Jon Stewart or Stephen Colbert, Gutfeld comes riding in with his irreverent Red Eye show and group of basement dwellers to seize ownership of the once vacant niche. Destroying the left is more fun now as we laugh with Greg at their hideously absurd tactics and mock their relentless but feeble attempts to destroy the conservative movement and its beloved Sarah Palin.

Silver medal goes to Pamela Geller for her relentless fight against the mosque. The bronze medal is a tie between Sean Hannity and Rush Limbaugh who fearlessly defend Sarah Palin while also clanging swords with liberals who believe it's okay to allow an incompetent mayor to let an Imam who does not denounce Hamas and who says the United States is an accessory to the crime that happened to place a monument for terrorists that "stabs hearts" right next to Ground Zero.

And if you disagree with me, you are a misogynist, Jew hating race bater who won't let me listen to my Triumph albums because their uplifting lyrics offend your sense of indecency.
Posted by Patrick S. Adams at 12:48 PM